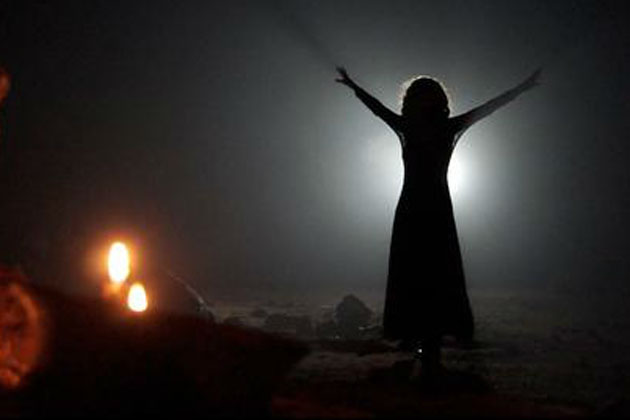 In the summer of 2013, I was fortunate enough to have had the opportunity to conduct ethnographic research as an undergraduate student with sugar cane farming communities in Belize. With a sense of wild excitement, I set off for the Maya heartland which I had spent so much time reading about. I was expecting to see some ruined temples infested with tourists and maybe some artefacts displayed in a museum, inaccessible and distant like the black-and-white photos and illustrations I used to pour over. What I wasn’t expecting was a thriving ancient oral tradition—the very ghosts of the Maya, their fears and superstitions, haunting their descendants after thousands of years (1).

Interviews were conducted in three rural inland villages inhabited mostly by sugar cane farming families. For some, the legends were simply stories passed down to them from their parents and grandparents, often used an effective scare tactic to keep children from misbehaving. For others, they were very real—several reported the demise of friends and relatives at the hands (or hooves) of the folk monsters, and some even claimed to have had eye-witness encounters and brushes with death themselves.

In the spirit of Halloween and spooky things, allow me to introduce you to three of my favorite characters from Yucatan Maya folklore: The enchanting Xtabai, the fearsome La Llorona, and the mischievous Tata Duende. 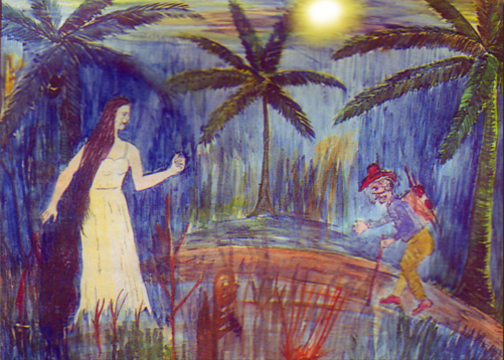 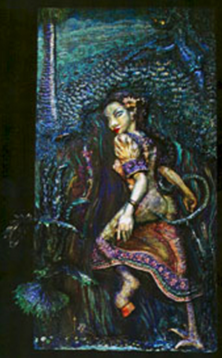 Perhaps the most frightening was the Xtabai (pronounced ish-ta-bye). Some informants refused to even acknowledge the Xtabai when prompted and would not speak until the topic was changed. The Xtabai is part of the Yucatec Maya folk tradition, described as a beautiful woman with long black hair and wears a flowing white frock (1). She looks like a human until you notice her feet: she floats slightly off the ground, and one foot is that of a bird and one that is a hoof (or, as others have recounted, one cloven hoof like that of a pig, and one uni-hoof like that of a horse) [1]. The Xtabai appears mostly to men at night, and endeavours to lead them into the forest to seduce them (and subsequently murder them). If you see the Xtabai you must never tell, or else you will catch typhoid fever and probably die. The animal-footed enchantress was reported to reside in natural spring wells or in certain trees within the village. 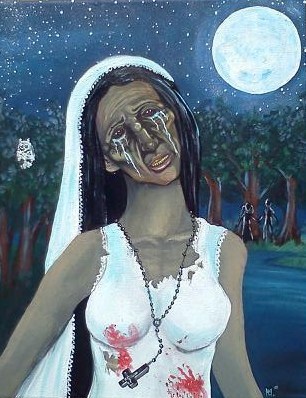 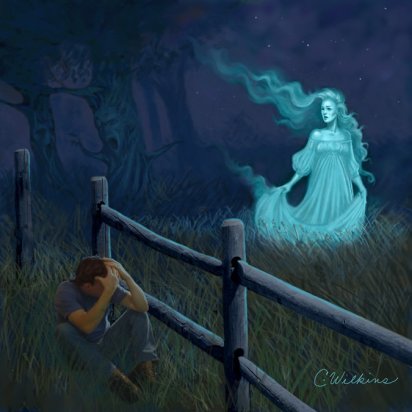 The Latin American folk tale of the La Llorona (or ‘Weeping Woman’) varies in detail and origin, but generally describes a woman who murdered her own two children by drowning them in the river, and now spends the afterlife in mourning with a habit of stealing children who misbehave [1]. One of the more popular versions of the myth tells of a beautiful woman living in a poor rural village who falls in love with a man of high social standing. He is captivated by her beauty and marries her, and they have twins—one boy and one girl. As time goes on and as woman ages, her husband falls out of love with her and pays attention only to the children. He eventually stops coming home altogether, and one day, whilst walking along the river, the woman sees her husband with a beautiful younger woman. Overcome by heartache, the woman throws her children into the river and they drown. She throws herself into the river after realising what she has done, and perishes. Her distressed soul still wanders, taking the lives of living children.

Children are told stories of La Llorona to keep them from staying out late or wandering too far from home [1]. Legend has it, you can hear the La Llorona’s mournful cry before she comes for you, and if you do happen to hear it…you should run for your life. 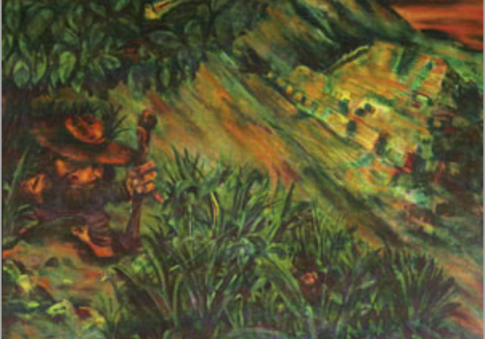 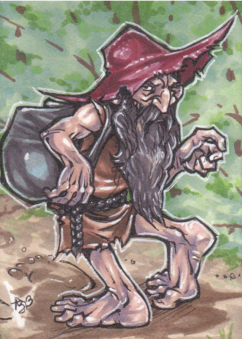 The Tata Duende (‘tata’ meaning Grandfather in Mayan and ‘Duende’ meaning Goblin in Spanish) is a Maya and Mestizo folk legend describing a small man sporting a large hat, similar to an elf in Western European folk tradition [1]. Many of the rural villagers called the Tata Duende ‘Aloox’. The Tata Duende appears to be neither fully good, nor fully bad: protects the forest, milpas (or crop fields), and ancient Maya sites [1], but farmers will also blame him for a poor harvest or damage to crops. His legs are said to be facing backwards in order to confuse his victims and make them believe he was running away when he was really running towards them. The Tata Duende may ask to see your thumbs, but you must not show him, or else he will cut them off and steal them [1]. Like La Llorona, the Tata Duende is used as a cautionary tale for children to keep them away from places where they could harm themselves, or cause destruction.

If you are interested in learning more about the Ethnographic Field School in Belize hosted by Northern Kentucky University, check it out here. It was one of the most academically rewarding and personally enriching experiences of my life. Preparations are underway for the 2019 season, and it gets better every year! 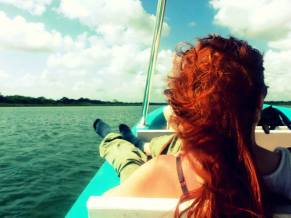 Films about the myths (kind of):

Feature-length: ‘2012: Kurse a di Xtabai’ (The Curse of the Xtabai) movie was the first feature length dramatic movie made entirely in Belize. The movie was made with an entirely Belizean cast. Watch trailer and learn more here.

Feature-length: ‘The Curse of La Llorona’ has been made into a horror film by Warner Bros, and it looks SPOOKY. It will be released 19 April 2019. See the trailer here.

Short: Here is a delightful 2-minute film about the Tata Duende written, directed, acted and edited by students at Pestalozzi International Village Trust.

Featured photo: a scene from ‘2012: The Curse of Xtabai’ film.
https://www.ambergristoday.com/content/stories/2012/august/20/belizean-film-curse-xtabai-hit-san-pedro

(1) This image is designed and copyrighted by Dismas & Grissy G
From http://deptweb-p.nmsu.edu/~english/dc/xtabai/Index.html

(4) This image is designed and copyrighted by Dismas and GrissyG https://www.lamission.edu/news/dotnews/archives/nov2003/news_belize.html

(7) A photo of the back of my head taken on the boat ride to Lamanai Archaeological Reserve during the 2013 ethnographic field school. Source: the author.